Poniżej zamieściliśmy fragment artykułu. Informacja nt. dostępu do pełnej treści artykułu tutaj
Zamów prenumeratę czasopisma!
© Borgis - New Medicine 2/2004, s. 41-44
Irena Nadolna, Hanna Kunachowicz, Agata Troszczyńska
Role of folates in health promotion including fortified foods
Department of Nutritional Value of Food Products of the National Food and Nutrition Institute, Warsaw, Poland
Head of Department: Prof. Hanna Kunachowicz, MD, PhD
Summary
Aim. The objective of the study was to present the significance of products fortified with folic acid as a source of folates in diet, based on data on folate intake and role of folates in health maintenance and protection against various diseases.
Material and method. Folate intake in diets of households surveyed in 1999-2001 by the Central Statistical Office ranged from 162 to 168 mg/person/day, with the lowest value recorded in 2001. The coverage of the mean weighted recommended dietary allowance (RDA) at a safe level was about 72%. Folate intake in the population of the surveyed households depended significantly on the income level. In 2001, in households with the lowest and highest income the coverage of RDA was 58% and 84% respectively.
Results. The assessment of fortified products present on the Polish market showed that food manufacturers fortify various products: cereals, juices and fruit beverages, dairy and confectionery products.
Conclusion. Folate intake is insufficient in comparison to RDA, thus it is important to consume products rich in folates and to supplement the diet with products fortified with folic acid.
Key words: folates, folic acid, folate intake, folic acid fortified products.
INTRODUCTION
Epidemiological and clinical studies conducted over the recent years indicate clearly the important role of nutrition for health maintenance, prevention of a number of diseases, in particular metabolic and civilisation diseases, related to, among others, an insufficient intake of many vitamins. At present a special attention has been focused on various functions of folates (folic acid, folacin) in human body and an emphasis has been placed on their crucial role in health promotion (1, 2, 3, 4, 5).
Currently, an important fact is the relationship found between the folate intake in pregnant women and the incidence of neural tube defects in the infant population. It has been found that folate deficiency in the diet of prospective mothers may cause birth defects in their children such as anencephaly or myelocele. Additionally, an increase in spontaneous abortion rates and reduced infant birth weight were recorded in the population of women with folate deficiency (1, 3, 6).
Deficiency of folates as well as vitamins B6 and B12 leads to an increased production of homocysteine in the body cells and its infiltration into blood. Clinical studies indicate a correlation between the increased level of homocysteine in the blood serum and the development of atherosclerosis and ischaemic heart disease (2, 3).
An insufficient dietary intake of folates may increase susceptibility of body cells to neoplasia, especially with reference to colorectal cancer. It was also observed that folate deficient diets may increase the risk of depressire disorders (2, 3).
Large doses of folic acid are not toxic; however an excess of this vitamin may mask vitamin B12 deficiency anaemia.
Thus, in the prevention of many diseases it is crucial to supply the quantities of folates in the daily diet compliant with nutritional recommendations. It is therefore recommended to use a varied diet full of different sources of natural folates as well as products fortified with folic acids.
AIM
The objective of the study was to assess the significance of selected products fortified with folic acid to supplement the diet of healthy people with this vitamin, based on the data on folate intake and the role of folates in health maintenance and protection against various diseases.
RESULTS
Folate Intake
Current folate intake data are available from the assessment of folate content in the national average diets of the Polish population based on the household survey carried out in 1999-2001 by the Living Standards Department, Central Statistical Office (7, 8, 9) and based on the data on the folate content in products (10). The total folate intake in the diets of the households surveyed ranged from 162 to 168 mg/person/day, with the lowest value recorded in 2001 (Figure 1). 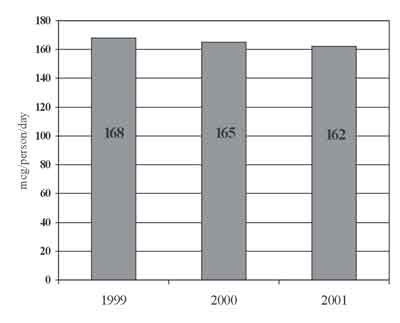 Fig. 1. Average folate intake in Polish households in 1999-2001.
The coverage of the mean weighted recommended dietary allowance (RDA) at a safe level (11) calculated from the demographic makeup of households was 70% in 2001 (Figure 2). 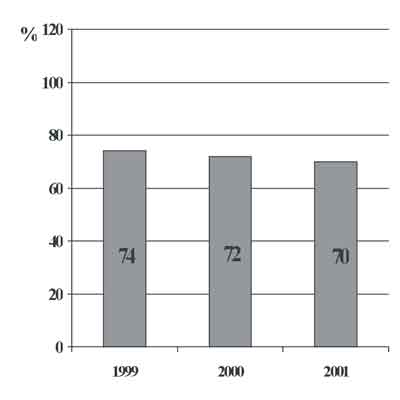 Fig. 2. Coverage of RDA for folates by an average Polish diet in 1999-2001.
Source: Ziemlański (11).
It was also found that the folate intake in the population of the surveyed households depended considerably on the income level. In 2001, the lowest income households showed the folate intake at the level of 141 mg/person/day, while in the highest income household category had an intake of 185 mg/person/day. That was due to wider possibilities to purchase more vegetables and fruit, and consequently, to have a more varied diet, richer in products which are natural sources of folates.
In 2001, the coverage of RDA in the lowest and highest income households was 58% and 84% respectively (Figure 3). 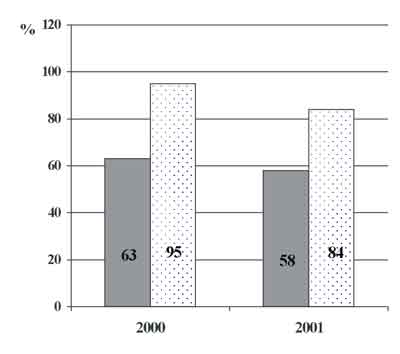 Fig. 3. Comparison of RDA coverage in households of the lowest and of the highest income in 2000 and 2001
Folate Content in Foodstuffs
Folates occur in foodstuffs in various quantities. Major sources of folates in human diet are products of plant origin, i.e. vegetables, fruit and cereals that jointly provide approximately 77% of this vitamin in the diet, with the largest quantity of folates from vegetables (approximately 39%) and cereals (approximately 34%). The share of folates from other products is slightly above 20% of the total quantity of this vitamin.