Poniżej zamieściliśmy fragment artykułu. Informacja nt. dostępu do pełnej treści artykułu tutaj
Zamów prenumeratę czasopisma!
© Borgis - New Medicine 3/2008, s. 60-63
*Lechosław P. Chmielik, Magdalena Frąckiewicz, Mieczysław Chmielik
TUMOURS OF THE BONY FACE IN CHILDREN TREATED IN THE PAEDIATRIC ENT CLINIC IN WARSAW
Department of Paediatric Otorhinolaryngology, Medical University of Warsaw, Poland
Head of Department: Prof. Mieczysław Chmielik, MD, PhD
Summary
Introduction: Tumours of the bony face in children are rare. Among the most commonly found are inflammatory tumours and development anomalies. Histopathologically, the most frequent are neuromas, fibromas, osteomas and lipomas. Inflammatory tumours include abscesses and inflammatory infiltrations. Malignant tumours in this area in children are rare and mainly among them sarcoma or melanoma can be found. Developmental tumours include cysts and fistulas.
Aim: To analyse tumours of the bony face treated in the Paediatric ENT Clinic in Warsaw.
Material and method: There were thirty-six cases of bony face tumours treated in the Paediatric ENT Clinic in Warsaw between 2005 and 2008.
Results: One case (2.77%) was recognized as malignant, and one (2.77%) as locally malignant. Twenty-five cases (69.44%) were found to be developmental tumours. There were also three cases (8.33%) of abscesses and six cases (16.66%) of benign tumours.
Conclusions: The most frequently found tumours of the bony face in children are developmental tumours. All tumours must be subjected to a histopathological examination. In the case of malignant tumour it has to be established whether the tumour is primary or metastatic. In the analysed group even very rare tumours such as epithelioma and ganglioma were found.
Key words: bony face, children, tumours.
INTRODUCTION
Bony face tumours are not noted as a common pathology among children (1, 2), whereas in adults they are a more frequent pathology (3). Among the most frequent tumours in the area of the bony face, developmental tumours and inflammatory tumours are included. Histopathologically the most frequent are angiomas, neuromas, gangliomas, fibromas, osteomas, lipomas, adenomas, Rathke&acutes pouch tumours, teratomas and also chordomas. As inflammatory tumours abscesses and inflammatory infiltrations can be numbered. Malignant tumours of this area are rare and we can list lymphomas, leukaemias, sarcomas, melanomas and metastatic tumours (neuroblastoma); in rare cases carcinomas can be found.
Among developmental tumours cysts, recesses and fistulas can be listed (1, 2, 4, 5, 6, 7). However, in adults the most frequent tumour affecting this area is carcinoma planoepitheliale medium and highly differential, constituting 80% of all tumours of the bony face. Among the tumours of the bony face we can also include adenocarcinoma, adenocystic carcinoma, mucoepidermal carcinoma, osteocarcinoma, chondrosarcoma, lymphoma, and plasmocytoma. In adults metastatic tumours of the bony face are tumours originating from the kidneys, testis, mammary gland, bronchi and lungs (3).
AIM
The aim of this research was to analyse the cases of bony face tumours treated in the Paediatric ENT Clinic in Warsaw.
MATERIAL AND METHOD
36 cases of bony face tumours, patients aged 12 months to 17 years, treated in the Paediatric ENT Clinic in Warsaw between 2005 and 2008, were analyzed.
RESULTS
Among the patients one case of Malherbe&acutes tumour; one case of ganglioma; one of neurofibroma; one ossifying fibromas; one fibroma; one granular cell tumour (Abrikossoff tumour); one juvenile angiofibroma; one angioma; three bony face abscesses; ten cysts of the nasal dorsum; one neuroblastoma; nine preauricular fistulas; one retroauricular fistula; and four outgrowths were recognized.
In one case it was a malignant tumour – neuroblastoma – a metastatic lesion found in a 10-month-old girl who was admitted to the Clinic as a complication of acute sinusitis. In the CT of the sinuses destruction of the alveolar process of the maxilla and retrobulbar lesions were noted. In ultrasonography of the abdomen a tumour was noted. In histopathological examination of bone marrow and of material from the alveolar process of the maxilla a neuroblastoma was revealed. A patient was transferred to the Clinic of Oncology in Institute-Statue Centre of Children&acutes Health, where she received six courses of cytostatic treatment. Remission of lesions in the bones and bone marrow was obtained; primary tumour and suprarenal glands were removed. Chemotherapy is being continued.
A 16.5-year-old boy was admitted to the Paediatric ENT Clinic in Warsaw. For 3 months the patient had been suffering from difficulties in breathing through the nose and recurrent nasal bleeding for 6 weeks. On admission in physical examination blockage of the right nasal cavity and impaired patency of the nose were noted. In endoscopic examination of the nasal cavities a solid, greyish lesion on the right side was found. In radiological examinations (CT, NMR) an abnormal, tissular change that amplified after intravenous contrast was revealed. It was located in the right nasal cavity, pharynx, subtemporal fossa and right maxillary sinus (photo 1). 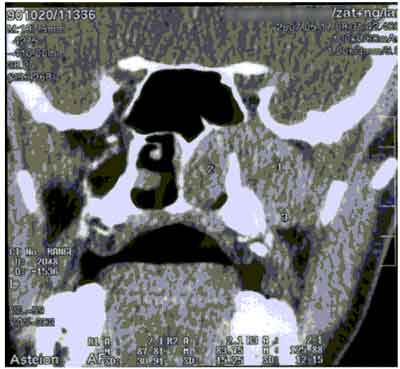 Photo 1. MRI of juvenile angiofibroma.
Preliminary diagnosis of juvenile angiofibroma was made and the patient was qualified for surgical treatment.
The patient and his parents were informed that during the surgical procedure blood loss might exceed the amount of circulating blood and there might be an eventual need for blood transfusion. The patient and parents gave their consent to the operation but did not give consent for blood transfusion.
Leading doctors filed with the court a motion for granting permission to use blood substitutes in case of an immediate threat to life resulting from bleeding that could not be stopped. The court decided „(...) to grant the permission to use blood and blood platelets concentration during a surgical procedure of tumourectomy in the nasal area”.
The patient demanded individual preparation before the operation, which among other things included administering before the surgical procedure erythropoietin (40 000 units), performing arteriography of the external carotid arteries and right internal carotid artery with embolization of the artery supplying the lesion (right maxillary artery) (photos 2 and 3) and, after consultation with the anaesthesiologist, applying blood-sparing techniques. 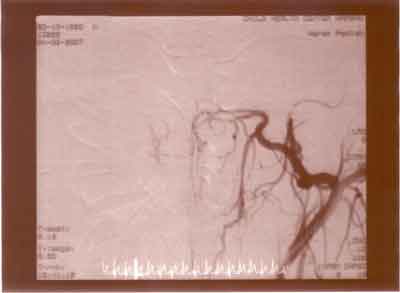 Photo 2. Arteriography of the tumour. 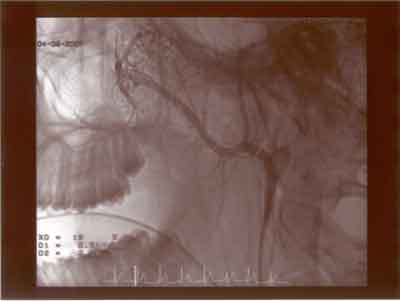 Photo 3. Arteriography after embolization of the tumour.
Course of surgical procedure
1393 millilitres of blood were taken up from the patient without disconnecting this amount from the patient&acutes blood circulation; the uptake was compensated with HES.
Right-sided maxillotomy was performed, and the lesion was removed in whole from the nasopharynx, right maxillary sinus and pterygopalatine fossa. The result of intra-operative morphology was: Hb-10.7 g%, Ht-30.2% and RBC-3.7 x 106/mm3. Posterior packing and dressing into the postoperative cavity was performed. After bleeding stopped the whole amount of blood taken up before the operation was re-transfused. The material was sent to the Department of Paediatric Anatomopathology of Warsaw Medical University.