Fig. 1. Schematic diagram of the expert system.
Rules of the expert system for the interpretation of the obtained knowledge
When elaborating an expert system that cooperates with knowledge databases it should be remembered that a description of the input data should be unambiguous (e.g. by a colour specification), invariable (e.g. by mathematical functions describing shape or regularity of a coat), or concern a determined quantity such as the diameter of a polyp or its volume (fig. 2) (7). 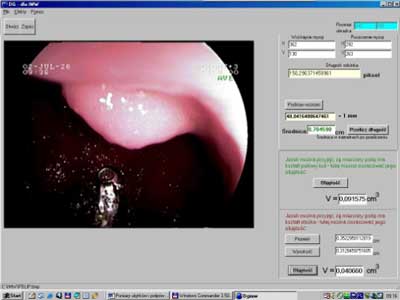 Fig. 2. Example screen of the new software that determines measurable characteristics of pathological changes based on a pattern.
In order to make the discussion of the elaborated expert system very clear, one of the possible anomalies that can occur in the human digestive system, that is polyps, has been selected for descriptive purposes.
Based on the performed observations the following data about polyps have been selected to be stored in the database: location of the polyp (description or a selection field listing digestive system parts), height (mm), diameter (mm), volume (mm3), stalk length (mm), colour (selection field or colour pattern), bleeding or not (selection field), regularity of shapes (selection field), preliminary cancer classification (name if the polyp resembles some known cancerous form), ingrowth depth (mm – update field to be filled e.g. by actual USG test results), ulcerous condition (selection field/check box), blood supply (selection field), comments (description field).
An analysis of changes and pathologies that form a basis for the discussed system elaboration yields example rules for an example system to be based on, such as the following ones:
Rule 21: If a polyp is of porous structure it may be a cancerous change.