Poniżej zamieściliśmy fragment artykułu. Informacja nt. dostępu do pełnej treści artykułu tutaj
Zamów prenumeratę czasopisma!
© Borgis - New Medicine 2/2009, s. 31-34
*Aneta Dąbek1, Janusz Domaniecki1, Marek Wielochowski2, Jan Gajewski1
A pilot study to evaluate treatment efficacy in patients with primary Raynaud&acutes phenomenon
1University of Physical Education in Warsaw, Chair of Rehabilitation
Head of the Chair of Rehabilitation: prof. dr habilitatus of medicine Janusz Domaniecki
2Higher School of Pedagogy, Polish Teachers´ Union in Warsaw
Summary
Aim.The aim of the study was to evaluate the objective and subjective efficacy of the following treatments for patients with primary Raynaud&acutes phenomenon: drug (medication) therapy, physical therapy (infrared sauna) and relaxation (Schultz autogenic training).
Material and method. The study involved 29 outpatients with a diagnosis of primary Raynaud&acutes phenomenon treated at Warsaw Medical University&acutes Department of Dermatology. The patients were randomised into four groups receiving drug therapy (controls), relaxation therapy, physical therapy and multimodal (comprehensive) therapy. Treatment was administered for 14 weeks in all groups. All patients were evaluated three times: before starting treatment (baseline) (1), and after 7 (2) and 14 (3) weeks of treatment. The following quantitative data were obtained:
– incidence of manifestations of primary Raynaud&acutes phenomenon (questionnaire)
– subjective evaluation of pain and sweating (VAS scale)
– subjective impression of treatment efficacy (VAS scale)
– evaluation of microcirculation by capillaroscopy before and after treatment (two evaluations).
Results. The highest subjective and objective treatment efficacy was reported in the multimodal therapy group and the lowest in the drug therapy group. The relaxation therapy group demonstrated a significant decrease in the incidence of ischaemic attacks without significant differences with respect to the other parameters (pain, sweating) between the first and third assessments.
Conclusions. The study ought to be continued with a larger group of patients involved.
Key words: Raynaud´s disease, experiment, treatment, drug therapy, relaxation therapy, IR sauna.
Introduction
Effective treatment of Raynaud&acutes disease and Raynaud&acutes syndrome is becoming increasingly important as the number of patients seeking specialist help with their Raynaud&acutes symptoms at dermatology departments is growing every year.
Raynaud&acutes phenomenon may currently affect up to 20% of the general population [1], though sources cite various prevalence figures, from 4.6% to 30% [2, 3, 4].
Earlier definitions of Raynaud&acutes phenomenon defined it as circulatory disturbances in the distal parts of the body, mainly the hands and feet. Contemporary researchers [5, 6, 7] believe Raynaud&acutes phenomenon to represent a systemic illness with a potential to produce pathological vasospasm at any site, including the heart, kidneys, lung, oesophagus, CNS, or retina (fig. 1). 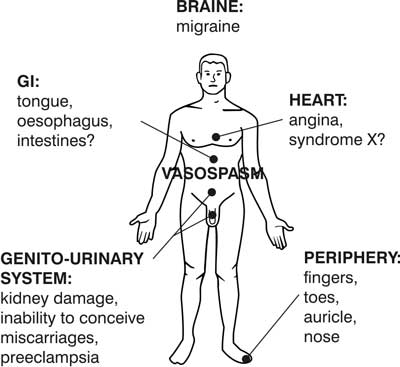 Fig. 1. Generalised vasopastic tendency in patients with Raynaud&acutes phenomenon [Lauch & Belch].
The vasospastic attacks last 15-45 minutes [8]. An ischaemic attack in the hands manifests as intense pallor of the fingers and the patient complains of impaired sensation ("numb fingers”). After the ischaemic phase, the fingers become red and swollen, and the patient feels a severe throbbing pain.
The causes of primary Raynaud&acutes phenomenon are believed to be exaggerated emotional responses (stress) or cold. Accordingly, causal treatment of this condition should consist in reducing anxiety and limiting cold exposure. Drug therapy is the only method commonly used in the treatment of primary Raynaud&acutes phenomenon in Poland. Pharmacotherapy often fails to bring about the desired effect and is costly, while also being cumbersome for the patients, who have to take their medications 3-4 times a day and often experience headaches, flushed skin, low blood pressure and gastroesophageal reflux [8, 9]. Untreated Raynaud&acutes syndrome may lead to fungal infections of the nails, paronychia, or keratoconus. Some authors [2, 10, 11] claim that primary Raynaud&acutes may, after several (up to 20) years, transform into secondary Raynaud&acutes syndrome.
Aim
The aim of the study was to assess the subjective sense of efficacy of drug therapy (medication), physical therapy (IR sauna) and relaxation therapy (Schultz autogenic training) in the treatment of primary Raynaud&acutes phenomenon.
Material and Methods
The study involved 29 outpatients attending the Warsaw Medical University Department of Dermatology at Koszykowa St. in Warsaw who had been diagnosed with primary Raynaud&acutes phenomenon on the basis of history and capillaroscopic evidence. The patients were randomised into four groups receiving drug therapy (controls), relaxation therapy, physical therapy and multimodal (comprehensive) therapy. Treatment was administered for 14 weeks in all groups. All patients were evaluated three times: before starting treatment (baseline) (1), and after 7 (2) and 14 (3) weeks of treatment. The following quantitative data were obtained:
– incidence of manifestations of primary Raynaud&acutes phenomenon (questionnaire)
– subjective evaluation of pain and sweating (VAS scale)
– subjective impression of treatment efficacy (VAS scale)
– evaluation of microcirculation (capillaroscopy) before and after treatment (two evaluations).
Drug therapy group (controls)
The patients in this group took Vessel Due – one of many kinds of medicines
available on the market for the treatment of Raynaud&acutes disease – according to their attending doctor&acutes orders.
Relaxation therapy group
These patients were subjected to Schultz autogenic training in addition to the drug therapy.
Schultz autogenic training is a relaxation technique based primarily on suggestion and imagination. Many specialists believe that this technique exerts the most potent effect on blood vessels. This effect is especially due to one of its elements, namely, the induction of a sense of warmth in the limbs [12].
The patients in this group received CDs with a recording of a training session and were instructed to relax for 20 minutes every day. The patients learned to relax using a Blue Watcher feedback device (fig. 3), which was also used to monitor their progress.

Fig. 2. The hands and feet of a 30-year-old female patient with Raynaud&acutes disease following an ischaemic attack [own materials]. 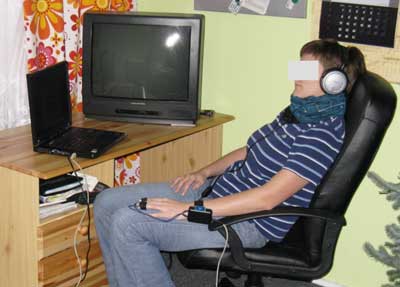 Fig. 3. Patient during biofeedback session with Blue Watcher [own materials].
Physical therapy group
The patients in this group used the infrared sauna.
An IR sauna looks like a conventional sauna and produces similar effects but uses a different source of heat, namely infrared radiators, instead of an electric furnace. The radiators emit biologically active infrared energy. Unlike Finnish saunas, where heat is carried by the air, in IR cabins only 20% of the energy warms the air and 80% penetrates deep into the skin (0.5-3 mm), where it transforms into heat [13]. Infrared sauna sessions are completely safe, as proved by Japanese and Chinese researchers who used the sauna in patients with risk factors for myocardial infarction [14], chronic pain [15], depressive symptoms [16] or heart failure [17]. Infrared sauna sessions administered to the patients with Raynaud&acutes phenomenon were supposed to lower anxiety and dilate cutaneous blood vessels. This effect is consistent with Dastre-Morat&acutes law, which states that high temperature "reduces peripheral circulatory resistance, mainly via dilation and reduced tension of peripheral vessels and the opening of arteriovenous connections” [18].
The patients with Raynaud&acutes disease attended an IR sauna three times a week for 14 weeks. Each session lasted 30 minutes. The sauna was pre-warmed before the session to a temperature of 65°C. Following a sauna session, the patients took a shower, got dressed, and rested in a lying or sitting position for a minimum of 15 minutes. We recommended increasing their daily intake of fluids by at least 1 litre.
Multimodal (comprehensive) therapy group
The patients took drugs and were subjected to relaxation therapy and IR sauna sessions.
Results