Introduction
In the mid-1990s the classification of the most common Mendelian-inherited arthrogryposis syndromes was revised (1). Distal arthrogryposes (DAs) were classified into 10 hierarchically related disorders according to the proportion of features they shared with one another (DA1-DA10). Features shared among the DAs include a consistent pattern of distal joint (hands and feet) involvement, limited proximal joint involvement, autosomal dominant inheritance, and variable expressivity. Most FSS cases are sporadic, but there is also evidence of autosomal-dominant transmission in FSS. An autosomal recessive or X-linked recessive pattern may be observed in cases in which the parent has non-penetrant somatic mosaicism or germ-like mosaicism.
The combined prevalence of all causes of congenital contracture is 0.5-1.0%, and patients with more than one congenital contracture are found in 1/3000 births (1). These cases are often sporadic, but children are frequently found to have underlying syndrome transmitted in a Mendelian pattern (2, 3, 4).
Several DA syndromes can be caused by mutations in 4 genes that encode proteins of the troponin-tropomyosin complex of fast-twitch myofibres (mutations in TPM2, TNN12, TNNT3, MYH8) (2). No mutations in TNN12 or TNNT3 were found in patients with FSS (3). Due to phenotypic overlap between different distal arthrogryposis syndromes, a hypothesis was postulated about mutations that perturb the development and function of sarcomeres (resulting in diminished fetal movement and contractures) (4). In 2006 Toydemir et al. showed that mutations in the embryonic myosin heavy chain (MYH3) gene cause Freeman-Sheldon syndrome (2).
The most frequently seen clinical manifestations are: scoliosis, dental crowding, strabismus, severe respiratory infections, hearing loss, fractures, hernia, cryptorchidism, headaches, malignant hyperthermia, joint dislocations, severe vomiting, and arthritis/joint pain (1, 5). Children with Freeman-Sheldon syndrome are recognized by the characteristic face (”whistling mouth”). Microcephaly and mental retardation have been observed in one third of patients (6, 7).
The authors present a 14-month-old boy with the phenotype of Freeman-Sheldon syndrome.
Patient presentation
14-month-old boy (fig. 1) from the second pregnancy (first pregnancy resulted in still birth) complicated with suspicion of preterm delivery, born after a 38-week gestation period by spontaneous vaginal delivery with birth weight of 4030 g, Apgar score of 10 points. In the family history hypothyroidism in the mother was diagnosed. On the 11th day of life the child was transferred to the Neonatal Intensive Care Unit because of congenital anomalies (dysmorphy: whistling face, microstomia, broad nasal cartilages, deep set eyes, deformity of upper extremities (ulnar deviation and flexor contractures), inguinal hernia, hip dysplasia, deformity of feet (clubfoot)). MRI of the head, performed in the neonatal period, showed normal brain structures. Because of severe vomiting the patient underwent pH-metry and roentgen of the gastrointestinal tract, which confirmed gastroesophageal reflux. Two operations were performed because of inguinal hernias. During infancy frequent respiratory infections were present, including Pneumocystis carini as a pathogen. Psychomotor development was delayed – the child cannot roll over or sit unaided. Because of oral contractures supplemental feeding techniques were provided with a modified nipple with a widened opening. 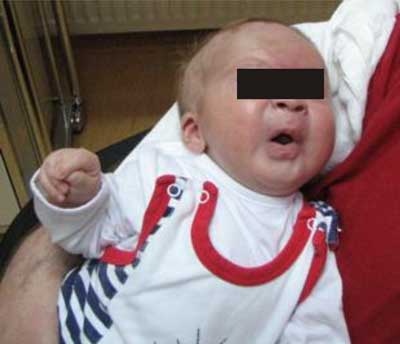 Fig. 1. Patient with Freeman-Sheldon syndrome.
On admission in the physical examination the child presented with the phenotype of Freeman-Sheldon syndrome. In neurological examination head circumference was 46.5 cm (10th centile); muscle tone diminished in the head-trunk axis, and increased in the extremities, being more pronounced in the upper and on the right side. Psychomotor development was assessed at the level of 4 months.