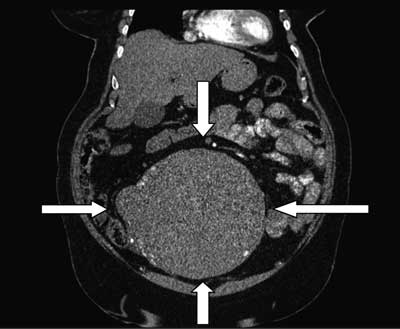 Fig. 1. The computed tomography scan showing cystic-solid polycyclic mass adherent to the stem of the uterus. 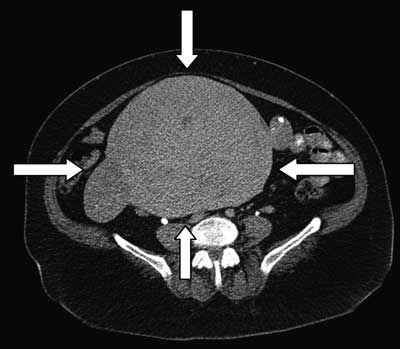 Fig. 2. The computed tomography scan showing giant uterine fibroid tumor which the largest transverse dimension at the level of iliac was 242 x 173 millimeters.
The patient suffered from abdominal pain located in the the mesogastric and the lower abdomen area, she had distension and constipation for a period of 16 months. Physical examination showed palpable tumor located in the mesogastric and the lower abdomen area. There were no peritoneal symptoms. The external genitalia and uterine cervix were normal. Her vital signs were all within normal limits. There was no histopathological examination of the fine-needle aspiration biopsy before planned surgery.
She had no any other symptoms, there was no history of weight loss and loss of appetite. The patient was treated chronically due to diabetes and arterial hypertension. She had no surgeries and there was no history of carcinoma in patient family. Blood test and other routine hematological examinations and biochemical tests were within normal limits.