Poniżej zamieściliśmy fragment artykułu. Informacja nt. dostępu do pełnej treści artykułu tutaj
Zamów prenumeratę czasopisma!
© Borgis - New Medicine 4/2004, s. 109-111
Artur Lorens, Anna Piotrowska, Arkadiusz Wąsowski, Adam Walkowiak, Henryk Skarżyński
Objective method of paediatric cochlear implant system fitting
International Center of Hearing and Speech, the Institute of Physiology and Pathology of Hearing, Warsaw, Poland
Head: Prof. Henryk Skarżyński MD, PhD
Summary
One hundred and two children with implant devices worn over different periods of time were considered for fitting based on eSRT measurements. The first step of the procedure was tympanometry performed by means of an electroacoustic immittance instrument (Madsen Middle Ear Analyser Zodiac 901). Children with abnormal tympanograms were excluded from the study. Subsequently, a change in acoustic admittance resulting from an electrically-evoked stapedius reflex was measured in the non-implanted ear. The same instrument was used after setting it to the "reflex decay” mode. At that stage, eleven children were excluded from the study due to abnormal tympanograms. Nine children reported loudness discomfort before reaching eSRT. Sufficient cooperation was not obtained in fifteen children. Two out of 67 children who had successfully completed eSRT measurements, did not except the new map. Having assessed these results, the authors propose and discuss a procedure for fitting young children based on eSRT measurments.
The paediatric fitting procedure based on eSRT measurements is easy to perform, reliable, and it is worth introducing to clinical practice.
Key words: cochlear implant, objective method.
INTRODUCTION
At present, hearing loss is treated with prosthetic devices – either hearing aids or cochlear implants. Hearing aids are chiefly used in mild to severe hearing loss. In profound hearing loss and deafness, the current treatment is based on placement of cochlear implants (9). The cochlear implant system is an electronic hearing prosthetic device, whose action relies on electronic stimulation of the acoustic nerve (7). It consists of an external and an internal part. The internal part is surgically placed in the mastoid portion of the temporal bone and contains a receiver and an electric stimulator in the same housing, with an electrode array. The electrode array extending from the implant housing is inserted into the cochlea (1). The external part is a speech processor which transforms sounds into electric stimuli, according to the algorithm called a sound coding strategy (Fig 1). Fitting of a cochlear implant system, also referred to as „programming” or „mapping”, creates a set of instructions defining the specific parameters of electric impulses used to stimulate the electrodes of the implanted array. 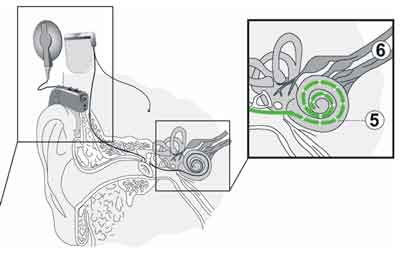 Fig. 1. A schematic representation of the cochlear implant system.
The most important parameters are stimulus amplitudes referring to hearing sensation threshold THRěA and comfort hearing level MCLěA for each stimulating electrode.
The results that implanted children can achieve in the post-operative rehabilitation period depend to a great extent on appropriate fitting of the implant system. Thus, the paediatric fitting methods have been developed and implemented at the Institute of Physiology and Pathology of Hearing, Warsaw (5).
Considerable improvement in the cochlear implant technology has resulted in relaxation of selection criteria (6). An increasing number of very young children are now being evaluated for cochlear implant candidacy. With expanding criteria, the fitting of paediatric cochlear implant patients based on implemented methods has become more difficult and time consuming, as very young prelingually deaf children have no auditory experience and limited communication skills. Therefore, there is a need to introduce objective methods to the process of speech processor fitting.
Objective (electrophysiological) measures do not require active participation from the patient and can provide useful information regarding the THRěA and MCLěA levels. Thus, objective fitting procedures can be useful for fitting very young children (4).
The aim of the study was to propose a paediatric fitting procedure based on electrically-evoked stapedius reflex thresholds (eSRT) measurements.
ELECTRICALLY-EVOKED STAPEDIUS REFLEX THRESHOLDS (ESRT)