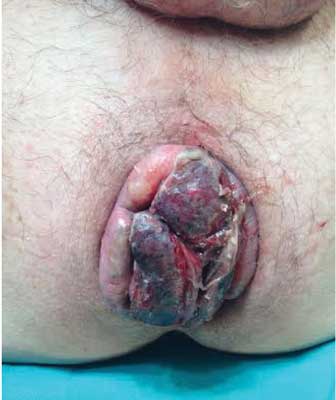 Fig. 1. Thrombosed external hemorrhoids – grade IV.
He received an antibiotic (amoxicillin with clavulanate potassium at a dose of 1.2 g three times daily i.v.) and a prophylaxis of low molecular weight heparin (nadroparine 0.4 ml once a day s.c.). After a short pre-op work up he underwent surgical treatment following the next day on an urgent basis. To perform the hemorrhoidectomy we chose the open Milligan-Morgan technique as the best method of treatment for this particular patient and in caution as multiple quadrants were excised, which left only a scarce line of anoderm thus potential closure was at risk. General anesthesia was applied, however local anesthetic was injected directly to the hemorrhoids. For appropriate exposure we used Ferguson-Hill retractors. The thrombosed necrotic hemorrhoid was elevated and an incision was carried out to the external skin and anoderm. Careful identification of vascular structures was performed and arteries were suture ligated with PDS 2.0 absorbable sutures. The hemorrhoid was dissected from the sphincter mechanism and resected. All three quadrants were excised identically. Pedicles were ligated and hemostasis was satisfactory.