Fig. 1. Carcinogenesis of the prostate gland
A crucial element of tissue core examination is identifying their malignancy score. Malignancy is defined according to the rules developed by Donald Gleason (1920-2008) that he originally described in 1966 in the journal “Cancer Chemotherapy Report”, in his paper that had previously been rejected by two major urological journals (30-32). PCa grading according to Gleason scale is at present a universally used method of PCa evaluation.
As a young pathologist, Donald Gleason (fig. 2) worked on the histological interpretation of prostatic cancer at the Minneapolis Veterans Administration Medical Center from 1962. He based his study on the results of 280 prostatic biopsies performed between 1960-1964 (33). The scale he proposed has been in common use since 1978, when it was adopted by the American Cancer Society and approved by the WHO (33, 34). 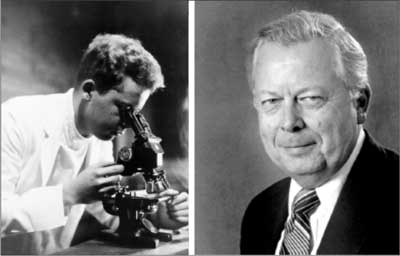 Fig. 2. Donald Gleason (34)
Gleason scale recognizes 5 PCA malignancy patterns, ranging from 1 (least malignant) to 5 (most malignant) differing predominantly by the architectural features, and, to a lesser degree, by the appearance of the cancerous cells (fig. 3) (35). 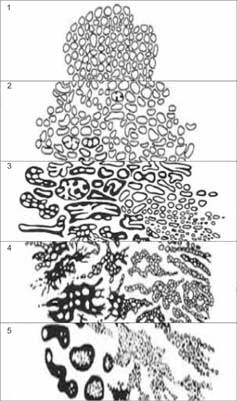 Fig. 3. 5 patterns of prostate cancer grading (35)
There are also other grading systems that are much less frequently used to assess the histological advancement of PCa, including systems by Mostofi, Böcking and Anderson (MDAH) (tab. 1). Mostofi scale identifies 3 degrees of glandular differentiation and nuclear anaplasia, as does Böcking scale. MDAH system comprises four grades and is based the percentage of tumor that forms the gland (35). See table below for the comparison of different systems of PCA grading.
Tab. 1. PCa grading systems