Poniżej zamieściliśmy fragment artykułu. Informacja nt. dostępu do pełnej treści artykułu tutaj
Zamów prenumeratę czasopisma!
© Borgis - New Medicine 4/2003, s. 82-86
Jolanta Zyczkowska1, Alicja Klich-Raczka1, Barbara Wizner1
Hypertension and cognitive and functional performance in centenarians
1 Department of Internal Medicine and Gerontology, Jagiellonian University Medical College,
Cracow, Poland
Head: prof. Tomasz Grodzicki, MD, PhD
2 International Institute of Molecular Biology, Warsaw, Poland
3 Department of Pathophysiology, University Medical School, Poznan, Poland
Summary
Aim: Assessment of the relationship between hypertension and physical and cognitive performance in centenarians.
Methods: Investigations, performed as a part of the POL STU 99, included 85 participants (12 men and 73 women), aged 100-112 years. We assessed cognitive function with the Mini Mental State Examination (MMSE) based on the 30-points scale, and physical activity with ADL (Activities of Daily Living) test based, on a 12-points scale. Blood pressure was measured 3-6 times on both arms according to the Korotkoff method, in a sitting (if possible) or lying position during one home visit. Hypertension was diagnosed if the average value of the blood pressure exceeded 140/90 mmHg, or if antihypertensive medications were used.
Results: The average age in the group was 101.6 (±1.7) years, the BP average values 148.3 (±24.0)/80 (±11.7) mmHg. Average score of the mental test in the MMSE scale was 16.16 (±10.22), and the average score on the physical test in the ADL scale was 7.6 (±3.67).
Conclusions:
1. Blood pressure in the examined group of centenarians does not reveal any correlation with physical abilities or cognitive performance.
2. Cognitive performance in the group is positively correlated with physical performance.
Table 1. Average ADL score and percentage of hypertension in each of four groups formed of cases with similar MMSE scores.
Key words: centenarians, blood pressure, physical activity, cognitive performance, dementia.
INTRODUCTION
The life expectancy of human beings increases every year. In 1900 the mean length of life in industrialised countries was 46 years, while in 1988 this average had risen to 77 years (1). The past century witnessed a considerable increase in elderly population. Starting in 1960, the number of centenarians living in developed countries is doubling every decade.
Older people, including centenarians are more vulnerable to chronic illnesses, including hypertension and dementia. The prevalence of cognitive impairment is 15% at the age of 65, and increases to 50% at 80 years of age (2).
Cognitive impairment is characterised by the development of intellectual and mental defects, including progressive memory loss, disorientation in space and time, loss of autonomy, and emotional depersonalisation.
Hypertension in the elderly is a well-recognised risk factor for vascular dementia and Alzheimer&acutes disease. The results of several long-lasting epidemiological studies reveal a positive correlation between hypertension and higher rates of cognitive impairment (3, 4, 5, 6). However, the published data are in consistent (7). Some investigations show no association between dementia and higher blood pressure in elderly subjects (8, 9, 10), studies showing negative correlation (11). The reasons for these apparent discrepancies may be different. Some long-lasting studies compared the midlife BP with late-life cognitive function assessed at a single point in time (3, 4, 5), while in other investigations BP was measured at a single time. Furthermore, the variability of the results may be due to differences in psychological assessment methods, or to the method of selection of the populations investigated. In particular, the total results in an elderly population> 60 years of age are likely to differ from the data obtained for very long-lived people, i.e.> 100 years.
The main goal of this work was to investigate a possible relationship between hypertension, and cognitive and physical impairment in centenarians. This group forms a special sample of the population, for which the following "rule” holds: „the older you get, the healthier you have been” (12).
MATERIAL AND METHODS
This work was conducted as a part of the All Polish Project of Investigations of Polish Centenarians (POLSTU 99), (POLSTU) co-ordinated by the International Institute of Molecular Biology in Warsaw, Poland. The study was performed on subjects born before December 31, 1898, living in the following provinces of central and southeastern Poland: Lubelskie, Lódzkie, Malopolskie, Mazowieckie, Podkarpackie, Śląskie, Świętokrzyskie, and Wielkopolskie. Examinations, performed at the home of each centenarian, consisted of blood pressure measurements and assessments of their mental and physical status, based on home interviews.
Blood pressure was assessed on the basis of several (3-6) measurements using the Korotkoff method, taken on both arms in a sitting (if possible) or lying position at minimum of one minute intervals. Where hypertension was diagnosed, it was based on an average SBP >?140 mmHg or DBP >?90 mmHg, or any current treatment for hypertension.
Mental status was assessed in a 0-30 point scale based on Folstein&acutes Mini Mental State Examination (MMSE). Scoring was adjusted according to the degree of handicap (e.g. for persons with eye impairment the seeing part of the MMSE test was not taken into account). To describe the mental status of each subject we used the following scale in MMSE points: 0-9 points – severe dementia; 10-19 points – moderate dementia, 20-23 points – mild dementia, 24 points or more – no dementia.
Physical impairment assessment was based on a 12-points ADL scale (ADL – activities of daily living).
RESULTS
We examined 85 individuals, aged 100-112 years, (mean 101.6 ± SD 1.7) (12 men and 73 women).The average systolic, diastolic, and pulse blood pressure were 148.3, 80.0 and 68.3 mm Hg, respectively. Mean MMSE score was 16.2 points, while the mean ADL score was 7.6 points. General characteristics of the study group are provided in Table 2.
Table 2. General characteristics of the examined population. 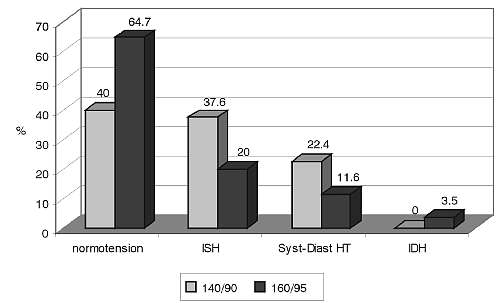 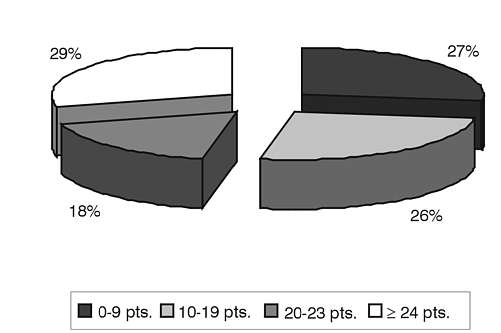 Fig. 2. Cognitive status assessed with MMSE.
The distribution of the MMSE score is illustrated in Fig. 2. The score of almost one-third of the group was very good at > 24 points. On the other hand, 26% scored less than 10, which is a sign of severe dementia. 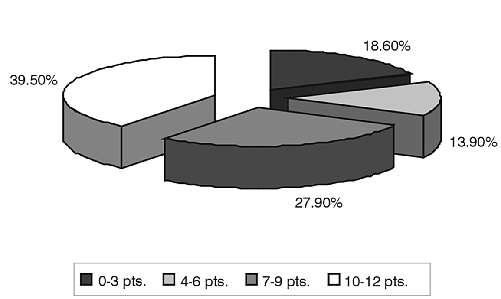 Fig. 3. Physical ability assessed with ADL.
Figure 3 presents the distribution of the ADL score, which characterises physical status. Almost 40% of centenarians scored more than 9 points, signifying their ability to perform the basic activities of daily living (getting up from bed, eating, use of the toilet) by themselves. A much smaller fraction of the analysed group (18.6 %) showed complete functional impairment, reflected by an ADL score of 0-3 points.
Statistical analysis of our data reveals a strong positive correlation between the MMSE score and the physical abilities, assessed by the ADL test – see Fig. 4. The prevalence of hypertension in groups with different grades of dementia is shown in Table 3. In the group of individuals with severe dementia hypertension was diagnosed less frequently than in the remaining group (p = 0.03).
No statistically significant relationship was found between systolic, diastolic, or pulse pressure and the MMSE score.
DISCUSSION