INTRODUCTION
The demographic situation is one of the most significant factors influencing both the current and the predicted health situation in Poland and other developed countries (1). In the last 50 years the average length of life in countries with high living standards has risen by 28 years. In Poland more than 16.2% of people reach an age of 60 years. Only 8.8% of these people are healthy, and among the rest the incidence of chronic diseases amounts to 3.8 units per person (2, 3). According to specialists, in the near future in ageing societies, over a half of all patients will be above age 65 (4). The process of life lengthening and the resulting growth in the number of older people requires more attention to the problems and needs of the elderly (5).
Comprehensive Geriatric Assessment (CGA) is a multi-dimensional evaluation used to fully assess the needs of older patients. CGA provides us with information concerning physical and psychological health, and functional efficiency as well as the social and environmental situation of the elderly. It allows the establishment of the extent of health status disorder and medical priorities in older subjects (6, 7).
In Poland, only a few studies have been done on chosen elements of CGA in larger groups of older persons (8, 9, 10). There are no representative studies of different populations of older persons in our country. That is why the aim of this study was to carry out the Comprehensive Geriatric Assessment of a random sample of older inhabitants of Lodz (an industrial city of 800 000 inhabitants).
MATERIAL AND METHODS
The study was carried out in the Gorna district of Lodz during 2002 and 2003. Two hundred persons participated (100 women and 100 men) between 66 and 79 years of age. The respondents were chosen using a proportional poll pattern. All the respondents were community-dwelling elderly. Persons with severe dementia and the terminally ill were excluded from the study. All respondents were informed about the aim of the study and written informed consent was obtained.
The physical examinations were done in the Department of Preventive Medicine, Medical University of Lodz. The rest of each assessment was carried out in the patients´ homes. Information concerning age, gender, education, current and past diseases, medications being taken, and tobacco smoking was obtained. Other elements of the CGA were assessed by different questionnaires. Nutritional state was assessed using the Mini Nutritional Assessment questionnaire (MNA (11). The assessment of the nutritional state was completed by assessing the percentage of body fatty tissue, using the 4 skinfolds method (12), and by measuring the waist to hip ratio (WHR).
Independent living was assessed by the Activities of Daily Living Scale (ADL) (13) and Instrumental Activities of Daily Living (IADL) (14).
To assess the psychological state, the following were used:
a) The Geriatric Depression Scale (GDS). The short version consists of 15 questions, which describe the patient&acutes well-being. An outcome from 0 to 5 points means no depression characteristics; from 6 to 10 points = moderate depression; from 11 to 15 = severe depression (15)
b) The Mini Mental State Examination (MMSE). In this there are six groups of exercises, which check the level of such basic psychological processes as: time and space orientation, ability to remember and recollect things, concentration and calculation, and language functions. The maximum possible score is 30 points, which shows an overall efficiency in cognitive functions (16).
STATISTICAL ANALYSIS
The one way analysis of variance (ANOVA), chi-square test, and Kruskal-Wallis test were used to analyze the variables. Continuous variables were presented as mean ± standard deviation. The limit of significance was set at p > 0.05.
RESULTS
The average age for the whole group of respondents was 71.53 ± 3.86. The average age of women was comparable to the average age of men (Table 1). The average period of education (years) was similar in both groups. Thirty-six women lived alone, 32 with partner, and 32 women lived with family, while only 9 men lived alone, 70 with partner, and 21 men lived with family (chi-square = 32.6; p <0.001, not shown in the Table). Average family income per capita was classified as high in 26 women, average in 64 women, and low in 10 women. In men, 19 had high income, 78 average, and 3 men had low income (chi-square = 6.24; p = 0.044, not shown in the Table).
The disease incidence in the mens´ and the womens´ groups were comparable with the exception of post-myocardial infarction state, which was more common in men. Also, men smoked four times more often than women. The number of medications taken regularly was similar in both groups. Eye diseases (glaucoma and cataract) and post-stroke status amounted to less than 3% in both groups. The most common illnesses in the older inhabitants of Lodz are presented in Figure 1. 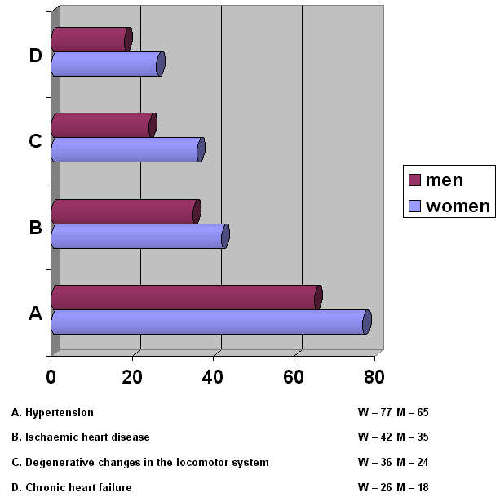 Fig. 1. Chronic health conditions most common in the group of respondents.
The group of women was characterised by a higher BMI and percentage of fatty tissue (Table 1). The waist to hip ratio (WHR) was higher in the men&acutes group. Also, the significant relationship between nutritional state as assessed by MNA and gender was found. The higher scores were found in the men&acutes group. Calf circumference was similar in both groups.