Poniżej zamieściliśmy fragment artykułu. Informacja nt. dostępu do pełnej treści artykułu tutaj
Zamów prenumeratę czasopisma!
© Borgis - New Medicine 4/2009, s. 89-91
*Lechosław P. Chmielik
FOREIGN BODIES IN THE NOSE, THROAT, OESOPHAGUS, TRACHEA AND BRONCHI IN CHILDREN
Department of Paediatric Otorhinolaryngology, Medical University of Warsaw, Poland
Head of Department: Prof. Mieczysław Chmielik, MD, PhD
Summary
The GP or paediatrician often has to deal with foreign bodies in the nose, throat, oesophagus, trachea and bronchi in children. Foreign bodies can be lacerating, swelling, biologically aggressive or of button type. Such batteries are no longer hermetic after a few hours, and their caustic contents cause necrosis in the surrounding tissues. If the battery gets stuck in the oesophagus the result can be life-threatening mediastinitis or even bleeding from the closely-located aorta or pulmonary arteries. Removal of foreign bodies in children from the nose, ear, respiratory tract and oesophagus is described. A foreign body located in the lower respiratory tract may endanger a child&acutes life by possible asphyxiation. Therefore, prevention is of particular importance. This means that the child must be protected from taking into its mouth objects whose shape and size may cause the danger of aspiration into the lower respiratory tract. Special attention should be paid to toys whose small elements can easily separate from the whole and pose the above-mentioned threat. Typical anamnesis in the case of aspiration of a foreign body into the lower respiratory tract is a paroxysmal cough connected with cyanosis of the patient.
A flexible bronchoscope must not be used to remove foreign bodies from the lower respiratory tract. Such an attempt may easily end up in asphyxiation of the patient. The only instrument to be used is a rigid bronchoscope.
Key words: foreign bodies in children.
A child, especially a young child, examines the surrounding world with all the senses, including the sense of taste. So, the child will put various objects into the mouth. This may end up in swallowing or aspiration. There are also children who will put small objects into their nose or ears. Such a situation requires a doctor&acutes intervention, since it may turn into a serious illness or even result in the death of the patient.
The GP or paediatrician often has to deal with this problem. The risk connected with a foreign body finding itself in the patient&acutes internal organs depends on the kind of object and its location. 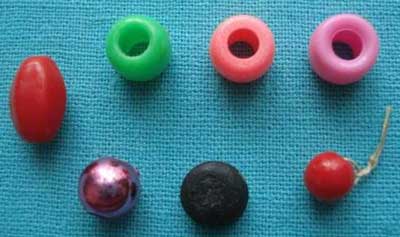 Fig. 1. Hard, smooth foreign bodies.
Hard, smooth foreign bodies
Hard, smooth foreign bodies may be difficult to remove because the tool required, for example forceps, may fail to grasp the object.
Lacerating foreign bodies
If the foreign body has cutting edges or any protruding hook-like elements, it may, while being removed, damage surrounding tissues, which especially in the oesophagus or trachea may cause dangerous injury to the adjacent organs (aorta, pulmonary arteries, mediastinum).
Swelling foreign bodies
Another danger can be caused by swelling foreign bodies which are easily inserted into the nose or the external auditory canals. Having swollen, they wedge in the bones and sometimes require surgical intervention, i.e. removal of those bones (1).
Biologically aggressive foreign bodies
The objects in question are often food articles such as peas and beans (and therefore easily available) which often go into children&acutes noses and ears.
Nuts (mainly walnuts) are most commonly extracted from the lower respiratory tract. They are biologically aggressive. It is not quite clear why these particular objects find their way there. The danger here is blockage of the passage of air through the larynx and trachea. This can be followed by pulmonary abscess, resulting from a local inflammatory reaction caused by thin fragments of the nuts wedged in the small bronchi. 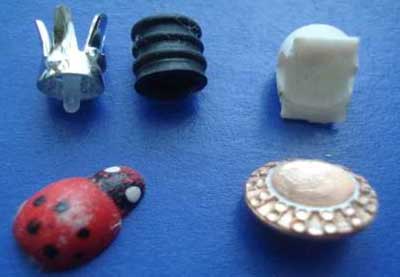 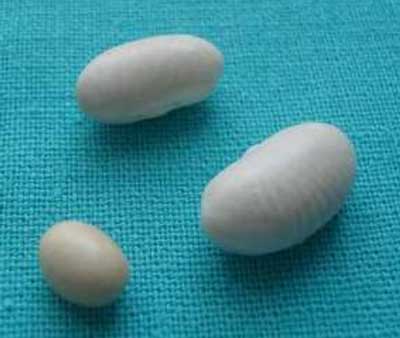 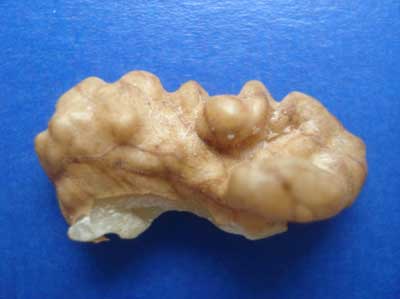 Fig. 4. Biologically aggressive foreign body.
Button type battery
A particularly dangerous foreign body finding its way into the child&acutes internal organs is a button type battery. Such batteries are no longer hermetic after a few hours, and their caustic contents cause necrosis in the surrounding tissues. If the battery gets stuck in the oesophagus the result can be life-threatening mediastinitis or even bleeding from the closely located aorta or pulmonary arteries.