INTRODUCTION
Ingestion of foreign bodies among children is common (1) and is a problem that may present many difficulties, both diagnostic and therapeutic. Foreign bodies reach the oesophagus by accident, because of inattention during playing. They include coins, small toys, parts of toys, buttons and batteries. They can also be food elements, e.g. hard food pieces, animal bones and fish bones. It can also happen that the foreign body in the child&acutes oesophagus is a result of criminal actions (fig. 1). 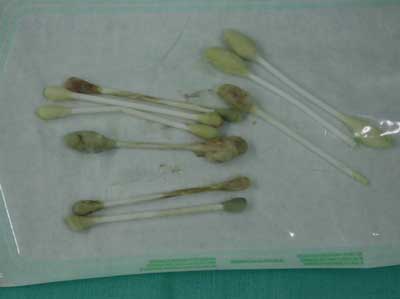