Obesity can be treated conservatively (diet, medications, physical activity) or surgically. Lack of permanent outcome of the conservative treatment is presented in figure 1 (1). 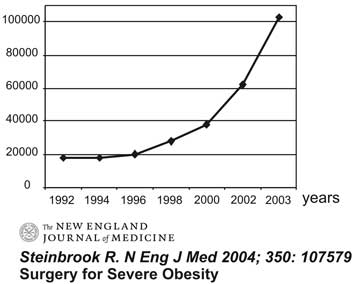 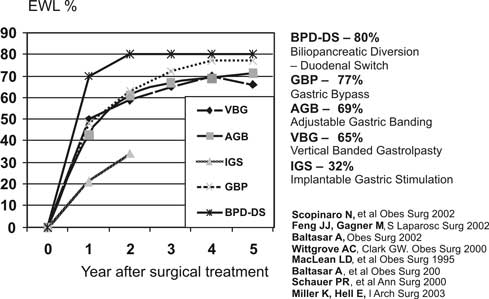 Fig. 2. Number of US surgical procedures for obesity treatment.
Of note is the fact that in 2006 the number of surgical procedures for obesity treatment in the US exceeded 171,000 and was higher than the number of cholecystectomies.
What do we expect from the surgical treatment of obesity? The surgical treatment can be acceptable if it meets the following conditions:
It will result in a considerable and permanent decrease in body mass (60-80% of overweight);
It will make co-morbidities regress or alleviate them substantially;
It will affect the quality of life including the possibility to go back to work;
The perioperative complication and mortality rates will be acceptable.
Body mass loss following the surgical treatment of obesity
One of the objectives of surgical obesity treatment is body mass loss. The treatment is considered effective if at least 50% excess weight loss (EWL) is achieved. Following different types of surgery, this parameter varies; it is also more or less permanent. Mean EWL at 12 months after laparoscopic procedures is for DS-BPD 70-80%, for G-B 77%, for AGB 69% (3, 4). These data prove that the most extensive procedures, i.e. with potentially the highest risk for complications, result in the highest body mass loss (fig. 3). 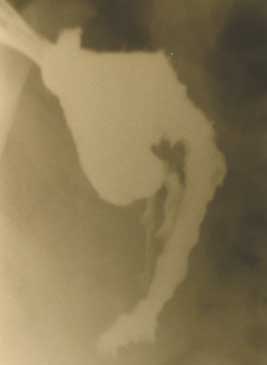